Went to IMDB to check out something about the Henry V I’d just watched. (And yes, Kenneth Branagh did do the screenplay, as well as starring and directing.) Appalled by the poster, which makes it look like one of those cacky ‘The Knight of Doom’ type movies Hollywood used to churn out in the days of Cinemascope: 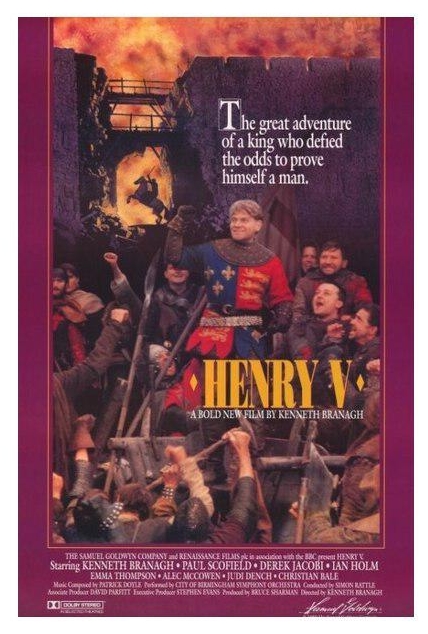 Rather than probably the best Shakespeare ever committed to celluloid. I think my version (knocked up with a John Bull printing set and 23 minutes), though a tad rough ‘n ready, does a far better job: 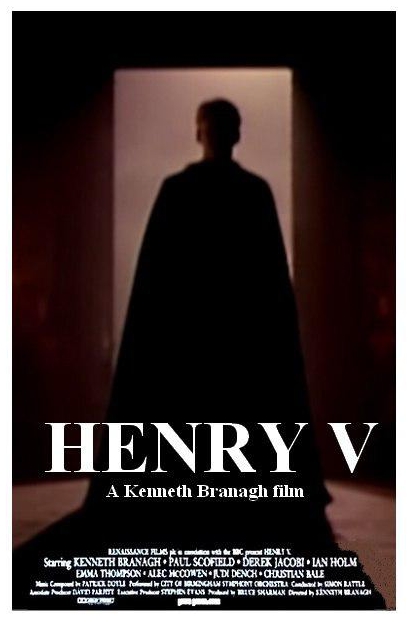 And I’m not even a designer.