From last weekend’s Weekend, perhaps the ultimate Guardian cartoon, as well as about as good a definition of the word ‘bathos’ as you’re likely to find: 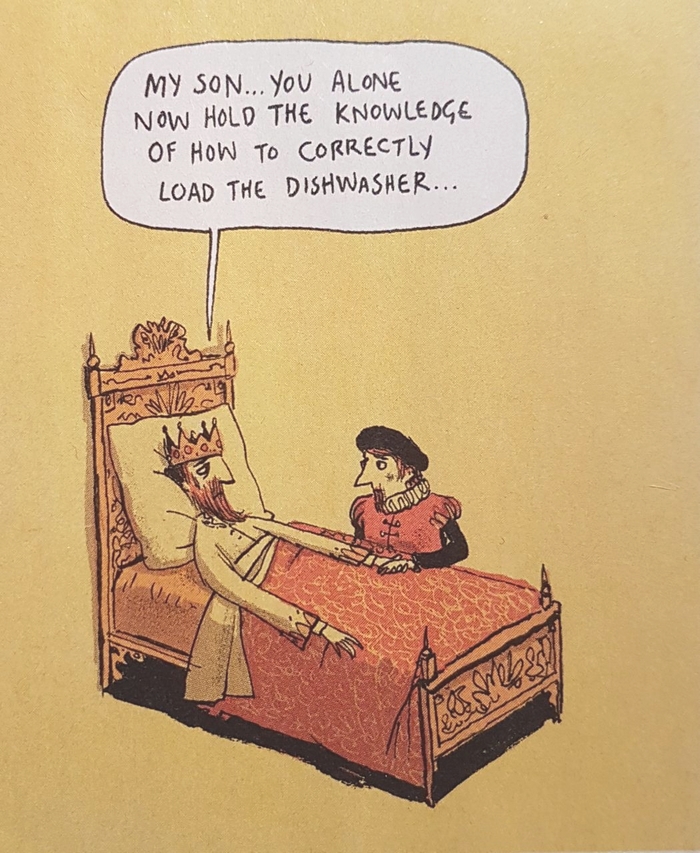 Is that what they call bathos? 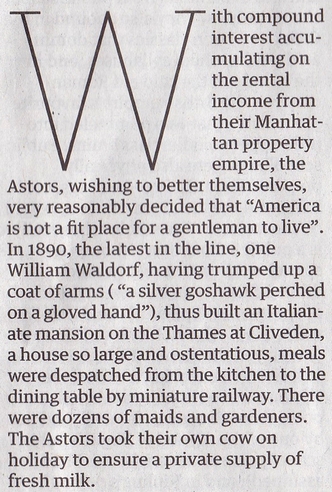 Like most if not all people who earn their crust putting words to work, I like to think – actually, false modesty aside, I’m pretty sure – I have a wider vocabulary than your a-a-average bear. I’m sure I’m not the only such bod, however, who regularly stubs his toe with the uneasy feeling that although I come across this word fairly frequently, and although I like to imagine I have a pretty good idea what it means, if I was put on the spot and asked for a definition, I’d be stumped. I only relatively recently, for example, got ‘egregiously’ clear in my mind…and when Timothy Spall growled ‘vainglorious’ in his wonderful narration of the BBC’s superb Cider with Rosie t’other night, I was uncomfortably aware that I really ought to understand the word better than I actually do.

One that’s bothered me for years is ‘bathos’. ‘Pathos’ I know…and I’ve always had a vague feeling that bathos is not a million miles away, and that will sort of do. But recently I came across a potted definition: ‘from the sublime to the ridiculous’, which I can actually remember, and, I think, grasp and perhaps even use. A brilliant letter in this weekend’s Guardian provides an excellent illustration:

While in Yugoslavia in 1947, as a member of the Britanska Brigada, helping to construct the Omladinska Pruga (Youth Railway) through the Bosnian mountains from Samac to Sarajevo, we were informed that we were to send a team to Zenica to participate in a sports event with other brigades, almost all from east European countries. As the games were ending (with unfortunately little British prize-winning), we were told to prepare for a “cultural artistic” finale, at which each country would present their national dance in the main arena. We were told that this was the moment we should display our national pride. No one knew Morris dancing but we all knew the hokey cokey (Letters, 25 September). It was received with rapturous applause, followed by many requests to show other nationalities exactly how it was performed, so they could take the dance home with them. The meeting had as its slogan “Death to fascism – freedom for the people”. I like to think that we contributed in some small way.
Bruce Vivash Jones
Cirencester, Gloucestershire