My daughter recently lent me a book I’d not come across, with the striking name Drunk Tank Pink – psychologist Adam Alter’s look at the ways ‘our environment shapes our thoughts and actions…without our permission or even our knowledge’. I’m not quite sure what the writer of that blurb meant, in talking about permission, but the second part is striking. For example…

Weird, huh? One thing it brought to mind for me was the way IBM famously used to have little signs up all around their offices which read, simply, THINK. I guess they worked…

Largely to compensate for my abysmal thumbsmanship, I frequently dictate messages into my phone, letting Google take care of turning them into actual text. Mostly it does an excellent job, including learning my quirks, so that after I’ve corrected its interpretations a couple of times, it gets it right the third and subsequent times.

One thing that really does throw it, though, is foreign expressions. Even what you might think of as common and pretty obvious ones. I was tickled the other day by its groping attempts to get a grip on my (increasingly carefully pronounced) plus ça change, which I was trying to get, complete with cidilla, ready for copy ‘n pasting.

First attempt: Cruise fashion. Second: Flu sachets. Then Blue sessions. After Plusa Shoreditch, I decided it might be time to try a different route.

With the inimitable Abigail’s Party returning to our screens this week, I found myself idly browsing comments on the Guardian website, including this – very well written, I thought: 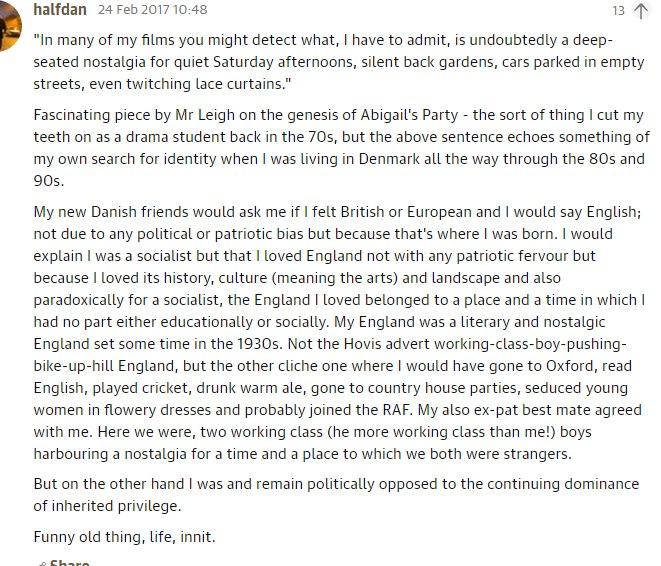 She was right. One of the best bits of infographics I’ve ever come across.

A friend said ‘I knew about the Russian losses, but the scale of Chinese deaths was a revelation to me.’ It was to me too, but the thing that really struck me was the power of good infographics to make those Russian losses, which we all ‘know about’, come to life. You just sit there mouth agape watching the column grow, thinking ‘how much higher?’, and it just goes up, and up, and up…

Communication gets no better.

The most depressing nugget of copy I’ve come across lately, summary headline on the BBC’s week-ahead forecast:

This week: summer turns to autumn

A friend was kind enough to send me a recipe to deal with my tomato glut, from the Ministry booklet given him by his mum, which he swears by: 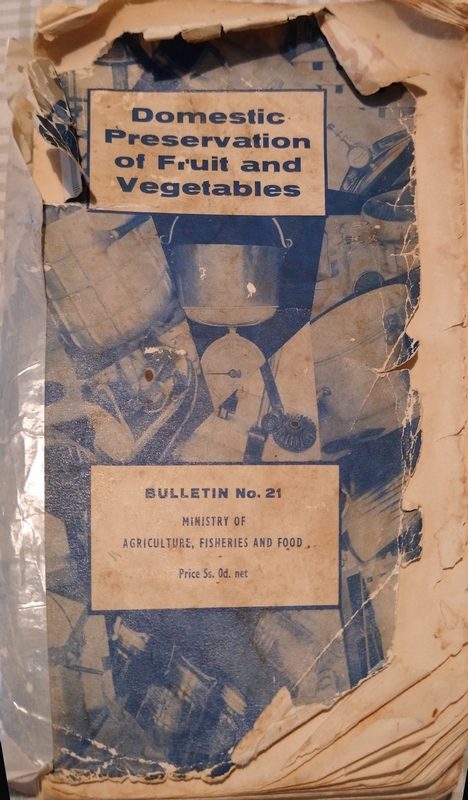 Love that title! You can imagine that nowadays it would be called Preserving fruit & veg at home, or even Let’s preserve! Your guide to preserving fruit & veg. Back in the day they had no time for that kind of nonsense. “Pay attention. Sit up straight.”

The tone keeps up superbly when you get into the recipes… 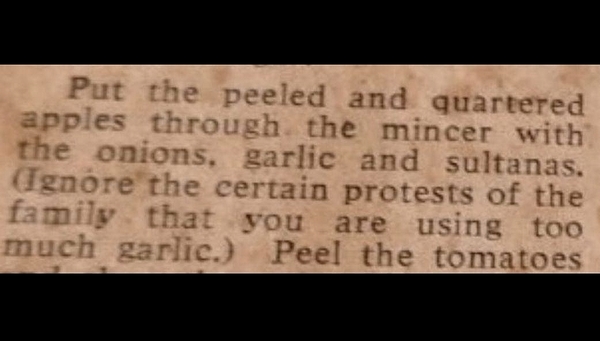 While reading group’s on hold, I’ve been reading a few books too long to get on the list – Anna Karenina currently. Never having read Tolstoy, I can immediately see why he’s so revered. Wonderful writing. He’s even given me a new word I hadn’t come across:  arbeitskur. 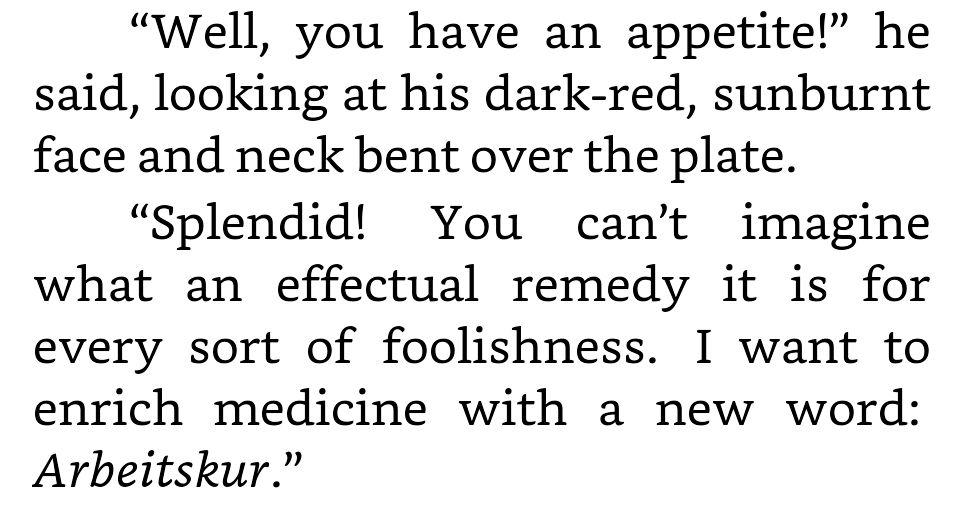 From one brother to another, after the latter returns from a day labouring in the field with the peasants. But what does it actually mean? 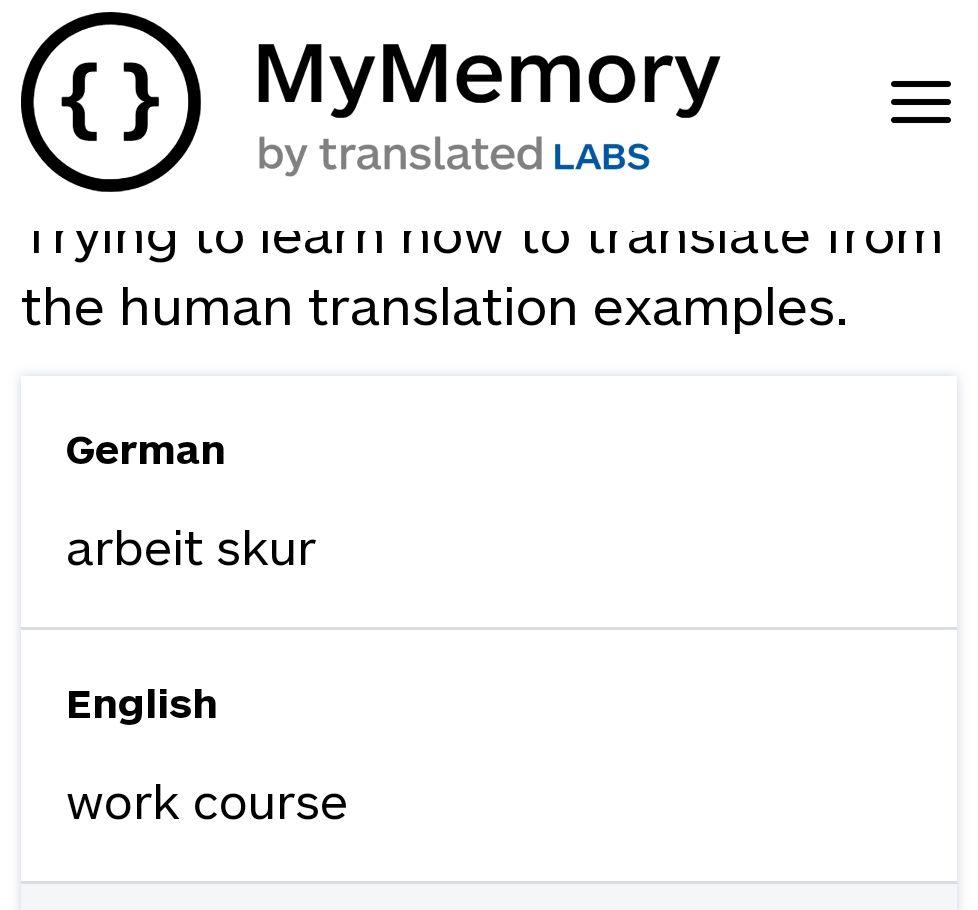 In other words, the idea that there is some health/therapeutic benefit to be had from a programme of honest physical toil. Which strikes me as eminently plausible.

How long can a sentence be? The Gunning Fog Index gives this bit of Tolstoy… 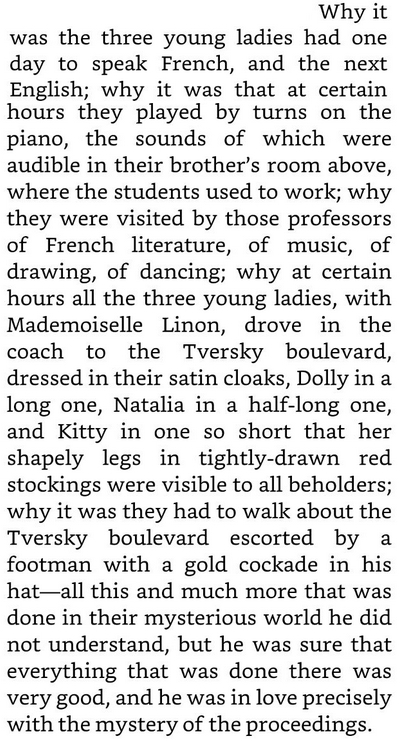 …a rating of 17.73 – the number representing the number of years’ education a person would typically need to understand a given piece of text – yet in truth, this would be perfectly clear for anyone with even a basic grasp of written English. Showing yet again, if there was ever any doubt, that if the writing’s good enough, length really isn’t an issue. 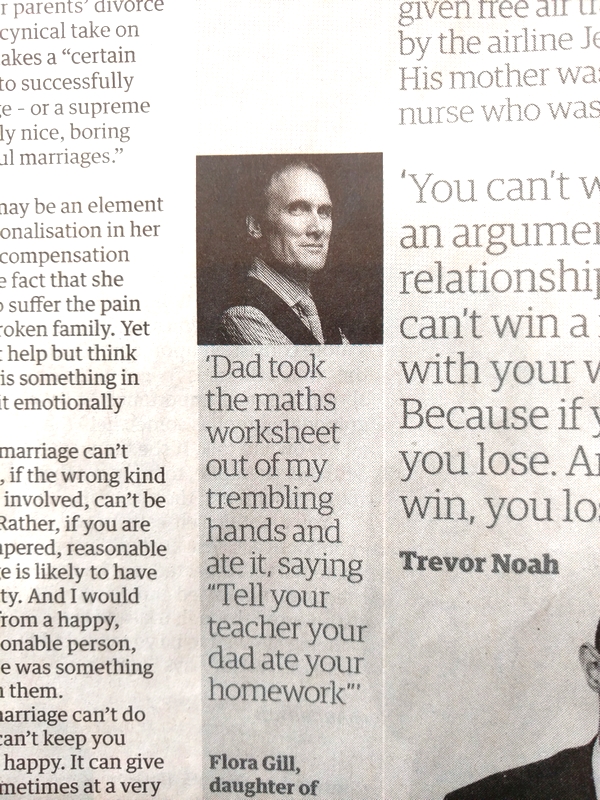 Probably half the pics I take with my phone are just bits from books or the paper that take my fancy, generally for the most whimsical reasons. For example… 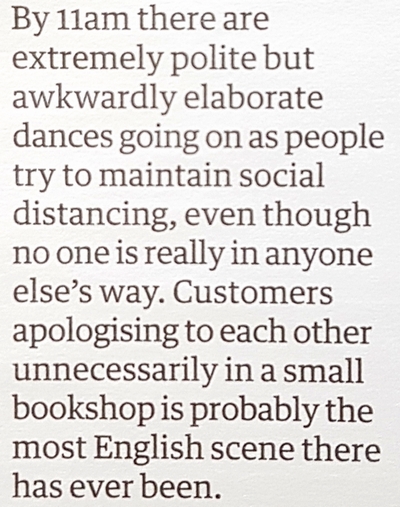